Pickard Chilton is internationally recognized for its expertise in the design of iconic super tall buildings, high-rise office towers and mixed-use developments for a wide variety of prestigious clients in locations around the world. Throughout their careers spanning four decades, the firm’s principals have led the design of some of the world’s most significant and recognized landmark architecture.

We believe that vertical landmarks possess the innate ability to express optimism and come to symbolize the aspirations of an institution, a city, and even a country. However, our deep passion for their design is both pragmatic and artistic, embracing constraints, working the design toward clarity of form and strength of concept. Our towers, designed within strict parameters of marketability, efficient circulation, stringent structural and mechanical requirements, as well as economic viability, transcend mere function to become inhabited and esteemed icons of their cities. 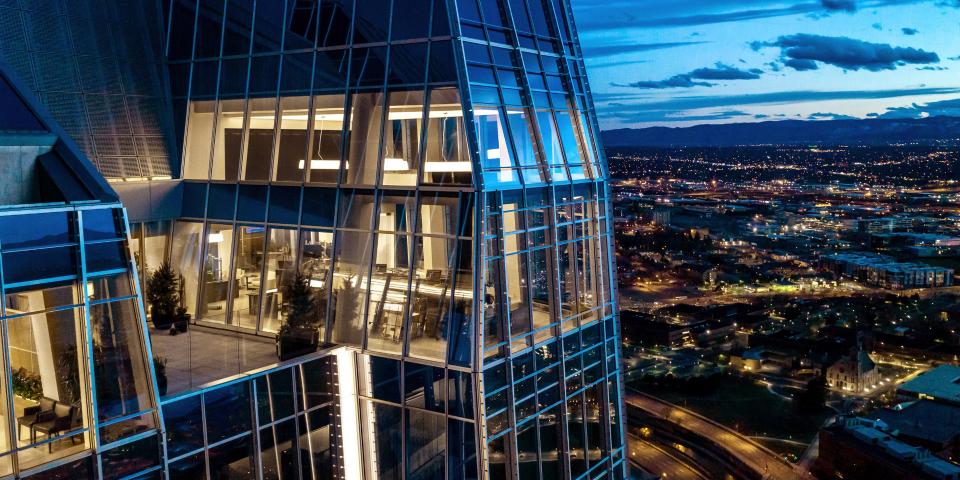 Pickard Chilton has a distinguished history of implementing urban design and architecture to embrace and enhance our urban fabric. We create built environments that satisfy our clients’ ambitions while exceeding the expectations of those who live, visit, and work in and around our projects. We believe that these buildings are not static and that they exist in dynamic environments inhabited by a community of people who come to embrace their welcoming character. Buildings that truly belong to their community and city can dramatically transform their urban environments and serve as major catalysts for the long-term growth and vibrancy of their downtowns. 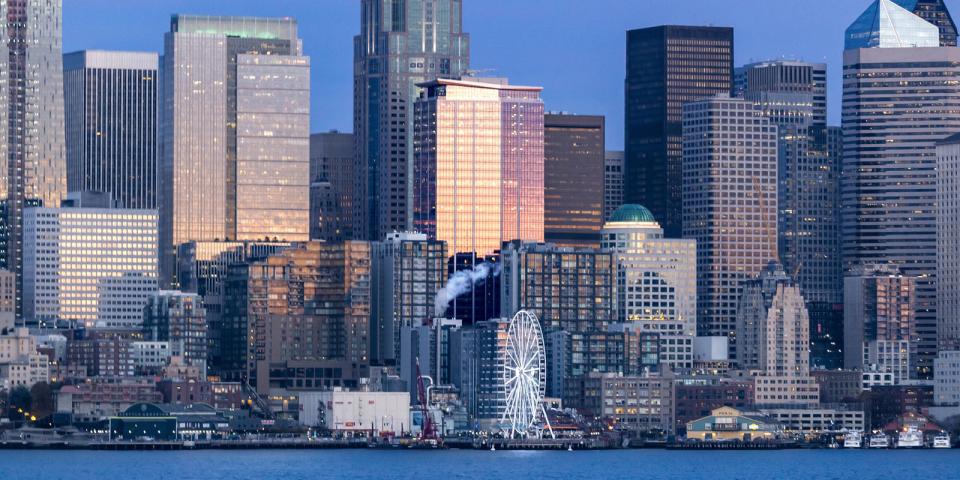 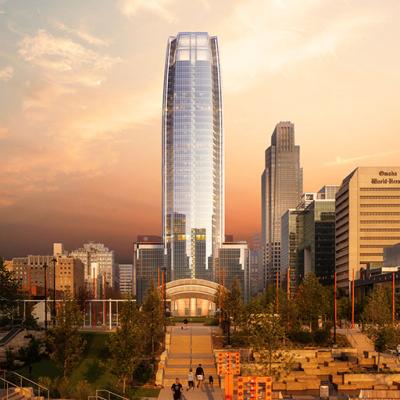 OMAHA, Neb. (Jan. 25, 2023) – Mutual of Omaha has officially started construction of a new 44-story headquarters tower in downtown Omaha that will support the insurance and financial services company’s future growth while contributing to the economic vitality of the city’s urban core.

Mutual Chairman and CEO James Blackledge was joined by Omaha Mayor Jean Stothert and other dignitaries for a ceremonial groundbreaking to kick off construction of the 677-foot tall office tower, which is slated to open in 2026.

Read more at Mutual of Omaha 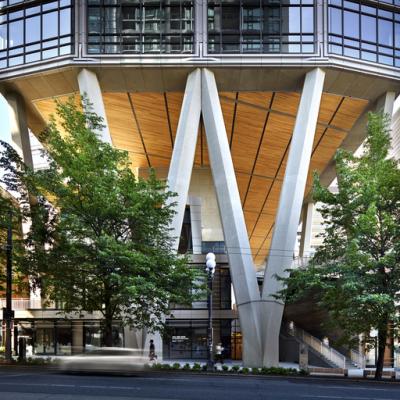 2+U is a Class-A office tower, envisioned as a first-of-its-kind urban Village, located in one of the most strategic locations in downtown Seattle. 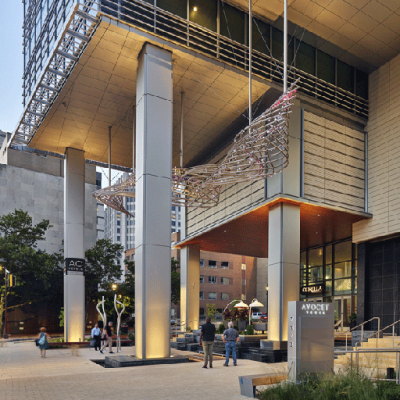 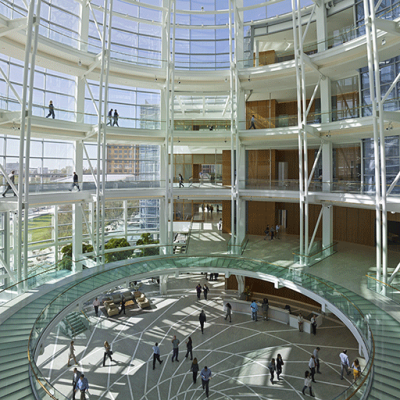 New Haven, Connecticut-headquartered global architecture studio Pickard Chilton has announced that it will lead the design of a freeway-abutting, 38-story new office tower in downtown Dallas. Dubbed Field Street Tower, the Hillwood Urban-developed high-rise, at 600 feet, will stand as the tallest office tower to join the skyline of Texas’s third most populous city in 30 years. Per Pickard Chilton, the glass-sheathed structure will serve as a “new centerpiece of the city’s skyline.” 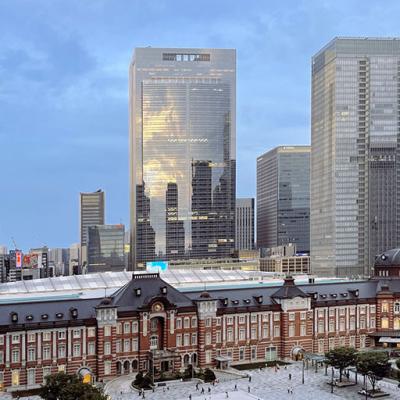 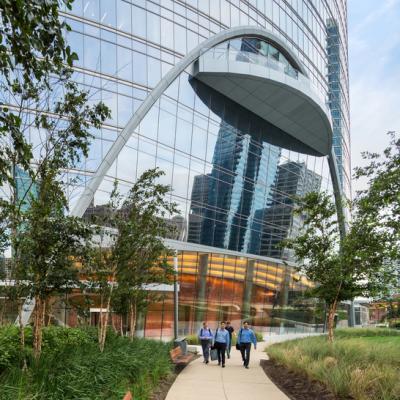 River Point presents a shimmering, curved façade at the confluence of the Chicago River with a 1.5-acre, terraced public park on the riverfront encouraging pedestrian activity. 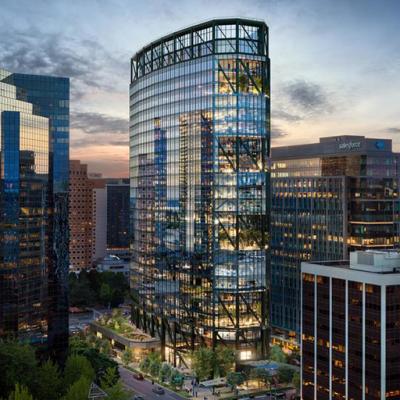 The Eight is a next-generation Class A commercial office development in Bellevue’s downtown core with 500,000 square feet of office space and five levels of below-grade parking. 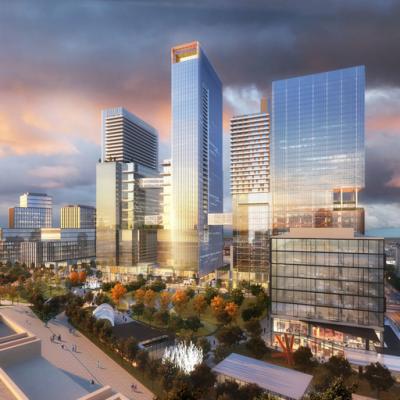 Master planned on a 20-acre site on the South Side of downtown Dallas, Newpark Dallas has been envisioned as a transformative and sustainable mixed-use development that will imbue in the heart of Dallas a renewed vitality and a collection of welcoming pedestrian-oriented spaces.

We are passionate about our clients, our work, and the positive impact of every building we design. If you have a difficult design challenge, contact us to create a solution that realizes your vision.