Pickard Chilton, an award-winning architecture studio best known for its innovative and cutting-edge design of corporate headquarters and campuses, announced that Nancy B. Clayton, AIA, LEED GA, a Senior Associate at the firm, has joined the board of directors of the Connecticut Architecture Foundation (CAF).

CAF raises public awareness for architecture and the built environment though the funding of people and programs in education, scholarship, mentorship or research.  It also sponsors scholarships, publications, exhibitions and other activities that contribute to the enhancement and promotion of Connecticut’s architectural heritage and impacts the direction of its future development. CAF was founded in 1978 by AIA Connecticut as an independent organization to raise and distribute funds for these purposes.

Ms. Clayton, who joined Pickard Chilton in 2002, has 30 years of design experience on a broad range of corporate, academic, and cultural projects. She has served as Design Director for several significant corporate high rise and campus projects including the 1,100,000-square-foot Northwestern Mutual Headquarters and Commons in Milwaukee, Wisconsin and the West Campus expansion of ConocoPhillips’ Headquarters in Houston, Texas.

“We are proud to congratulate Nancy Clayton on her board appointment to the prestigious Connecticut Architecture Foundation,” said Jon Pickard Principal of Pickard Chilton. “Pickard Chilton is honored to have Nancy represent our firm as she brings her voice to the important work the foundation does to encourage education in architecture and promote Connecticut’s architectural heritage.”

One of Ms. Clayton’s first endeavors as a board member was to serve as a juror for the 2018 Connecticut Architecture Foundation Scholarship Review. Providing financial support through scholarships is a revered tradition of the CAF which encourages education and considers giving back to the profession a central value. The board granted $35,000 in scholarships to seven students who are either Connecticut residents or enrolled in an undergraduate or graduate architecture program at a Connecticut university.

Construction is underway on two of Ms. Clayton’s most recent projects. She is Pickard Chilton’s design director for the City of New Haven’s new Barack H. Obama Magnet University School on the campus of Southern Connecticut State University.  Ms. Clayton is also directing the 2&U office tower and public plaza in downtown Seattle, Washington.

In 2017, Ms. Clayton was the recipient of the Professional Women in Construction Connecticut Chapter’s “Woman of Achievement” award.  It is given annually to a strong role model with at least 15 years of experience in the industry, one who has demonstrably achieved excellence in her field and is dedicated to the advancement of women in the AEC field. 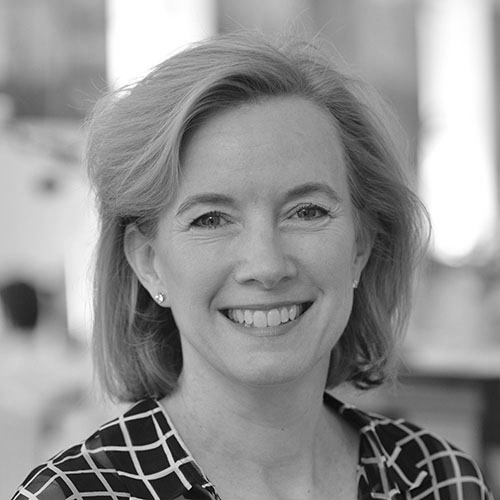