Pickard Chilton, an award-winning architecture studio best known for its innovative and cutting-edge design of corporate headquarters and campuses, has been selected by developer Boston Properties (NYSE: BXP) to design a 16-story, 417,000 gsf office tower at 325 Main Street in Cambridge, Mass.

Pickard Chilton’s latest project will serve as Google’s new Cambridge headquarters in the heart of Kendall Square. The technology giant has been retained as a major tenant at the property, signing a 15-year lease for 362,000 square feet as additional office space for its growing Cambridge office.

Boston Properties’ new development at 325 Main is replacing an existing four-story commercial office and retail building at the site, formerly known as 3 Cambridge Center. The new building comprises approximately 375,000 gsf of new office space and 42,000 gsf of retail at the lower levels. Construction of 325 Main is expected to begin later this year with completion expected in 2022.

“We are thrilled to continue our collaboration with Boston Properties with this exciting new project in Cambridge, and design a dynamic, next-generation work environment where future tenants, such as Google, can grow their businesses,” said Pickard Chilton Principal Anthony Markese FAIA. “With its activated ground and second floor retail along Main Street and Kendall Plaza, 325 Main will greatly enhance the public realm in Kendall Square. The addition of a several new pedestrian connections and a multi-level public terrace will further open the space between adjacent buildings and public areas.”

With many high-performance design elements, 325 Main is targeting LEED-NC Gold certification. The building’s shape is conceived as a parallelogram, opening the space between the adjacent buildings and public areas. Articulating its massing, a series of inset “apertures” provide interest and balance, while creating outdoor terraces. Connecting 325 Main and the 355 Main Street building where Google currently has office space, a sloped “gasket” element creates a visual distinction between them while preserving the latter’s architectural integrity. Upper floors along Main Street have been pulled away from 355 Main Street to distinguish the visual separation. A glass façade, comprising spandrel, frit and vision glass and metal panels, will articulate the building. 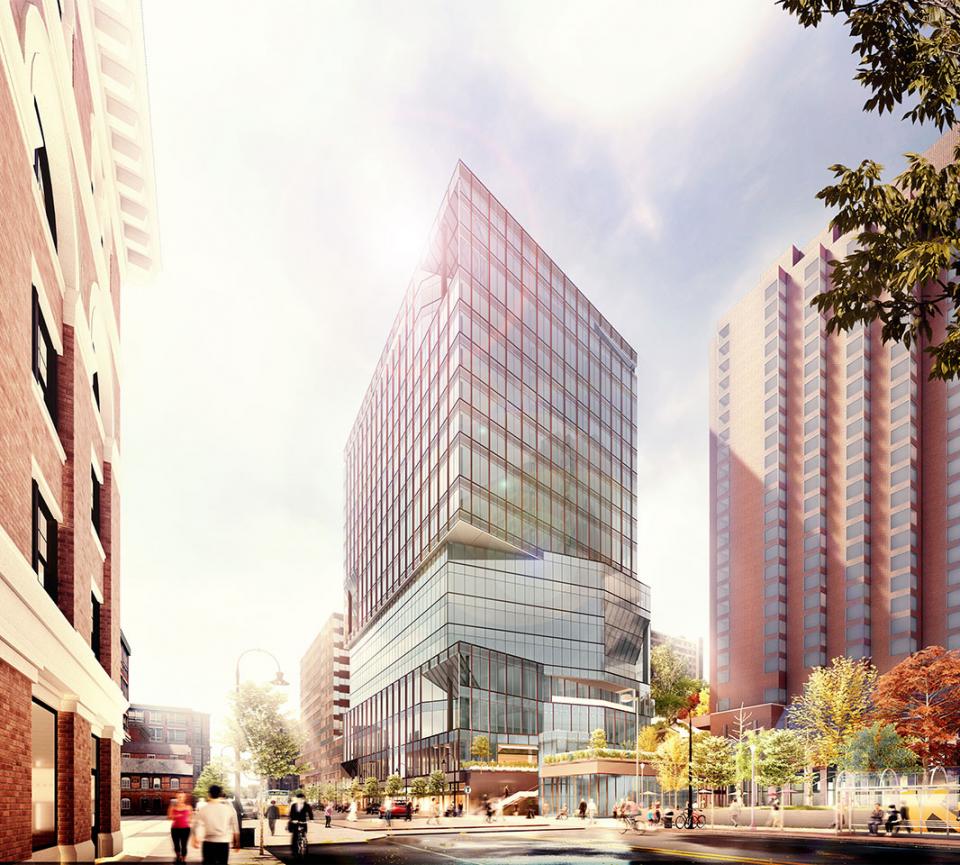