Pickard Chilton, an award-winning architecture studio best known for its innovative and cutting-edge design of corporate headquarters and campuses, announced that it was selected by global real estate firm Hines to master plan and design an urban development at Plieninger Straße 140 in Stuttgart, Germany.

The firm was selected after being invited to participate in an international competition. The project encompasses a 125,000m2 (1.4million gsf) urban development that maximizes landscape open space while integrating itself into the area's broader urban context. The development balances a mix of complementary uses on the site, including a hotel/boarding-house and a publicly-accessible ground level activated by café's, restaurants, and amenity spaces.

The project's concept has been dubbed "Die Fuge" ("The Seam") and focuses on the creation of new, innovative office space as well as an extensive public space located at the center of the master plan. Die Fuge's curving form throughout the rest of the urban development will concentrate buildings to the east and west of the site. The design responds to the site's topography, giving way to a series of green roof terraces with integrated photovoltaic panels, keeping sustainability at the core of the project.

"We are honored to be considered to contribute this significant development to Stuttgart's urban fabric," said William D. Chilton FAIA, RIBA, principal of Pickard Chilton. "This project will allow us to create a next-generation urban development that will positively contribute to the neighborhood while incorporating key environmental goals that are reflective of our client's vision for sustainable and impactful architecture in the 21st century."

"We are especially excited to create a new, inviting public space that will define this development," added principal Chilton. "The project will be integral to creating much needed civic space in the area, joining an already impressive list of public space alternatives in the city, including the Schlossgarten and Killesberg parks."

The project is being developed by international real estate company Hines, in collaboration with Pickard Chilton, ARPArchitektenpartnerschaft and Glück Landschaftsarchitektur. 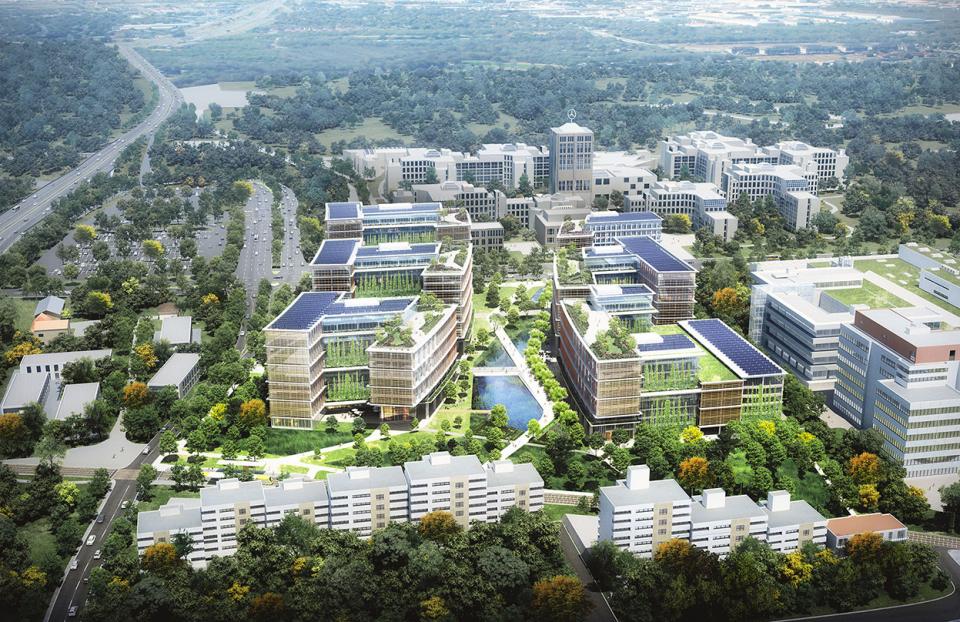