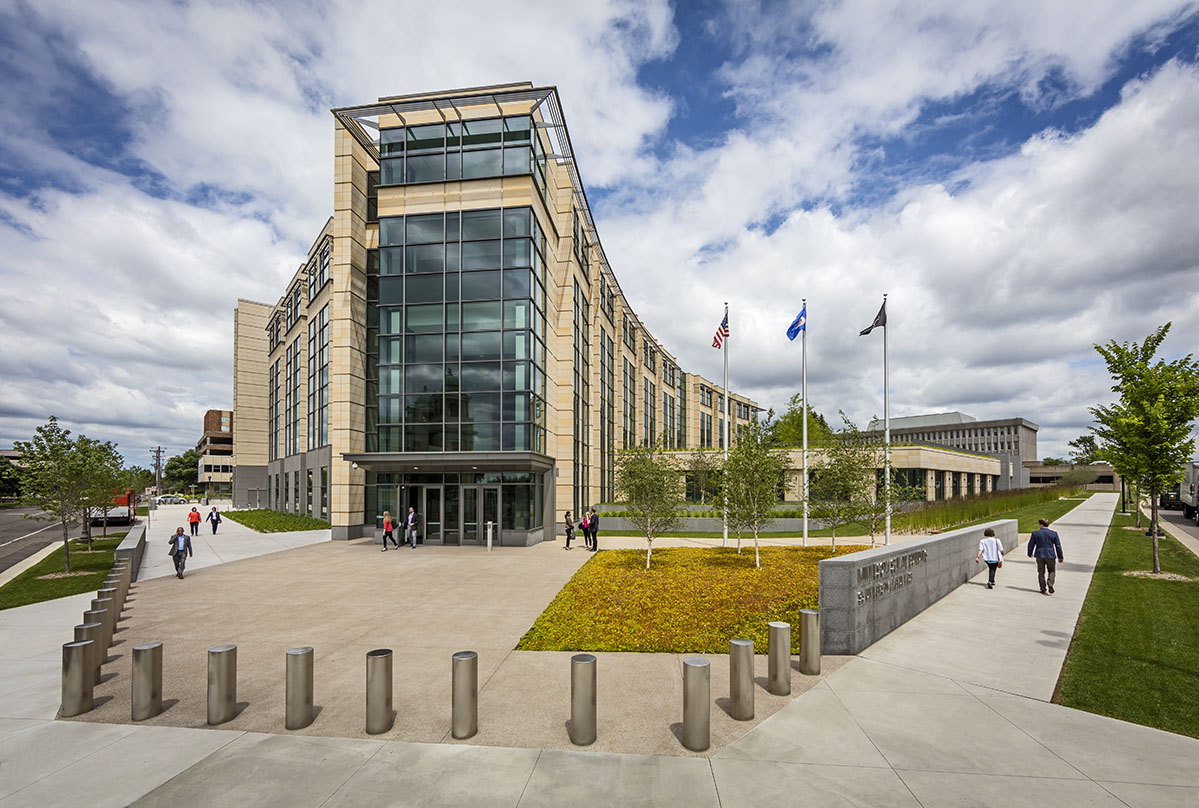 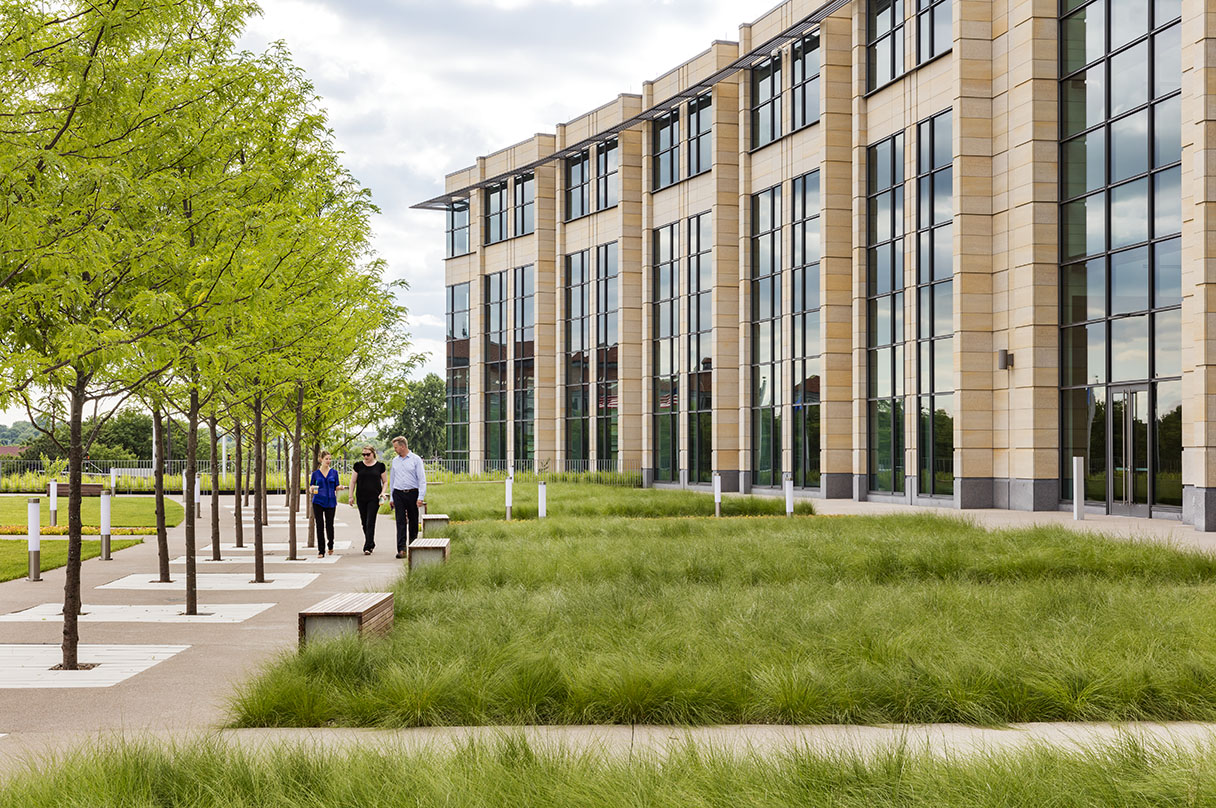 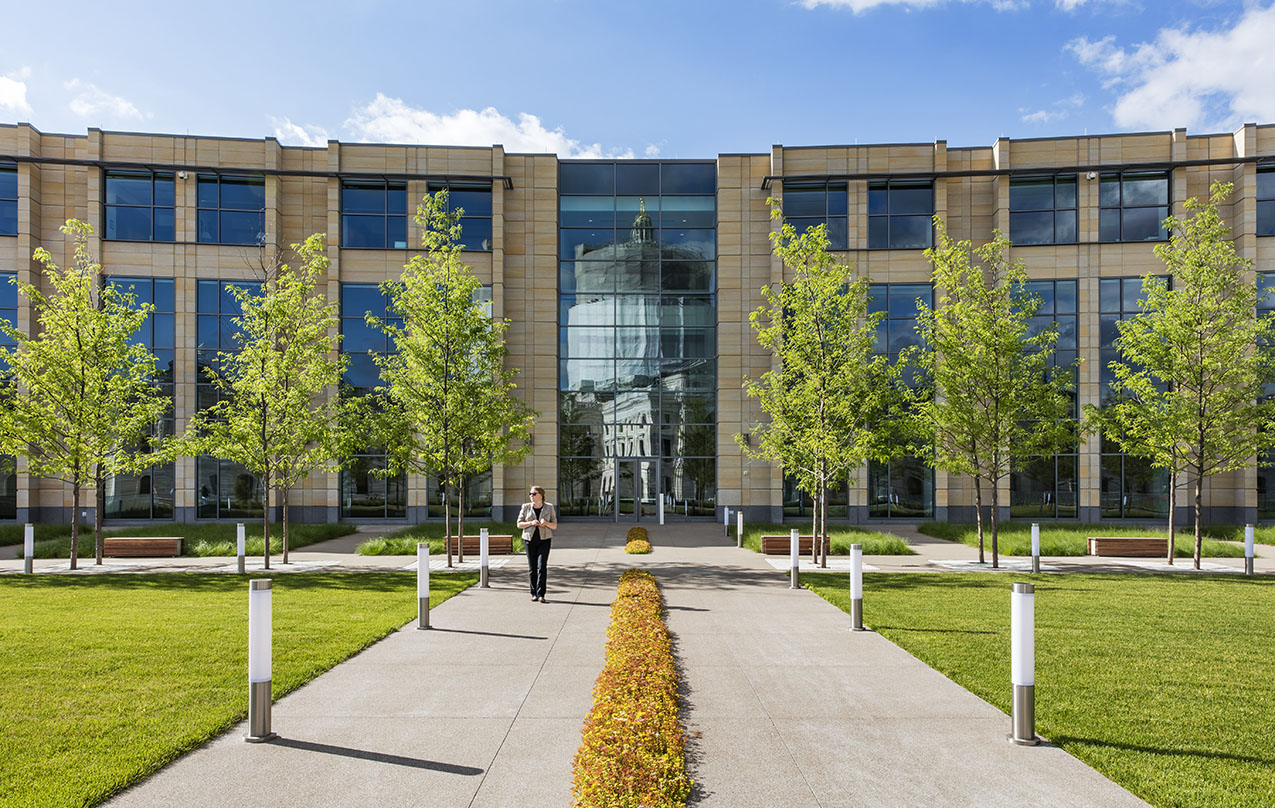 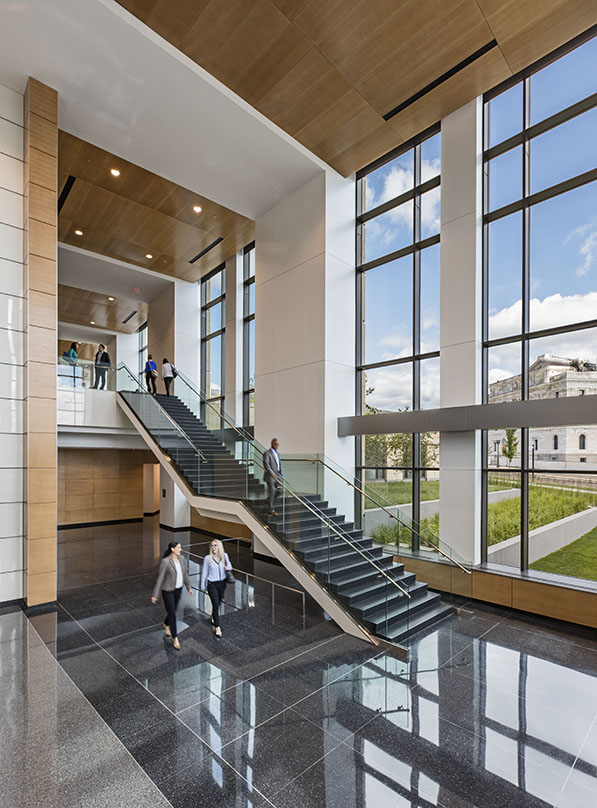 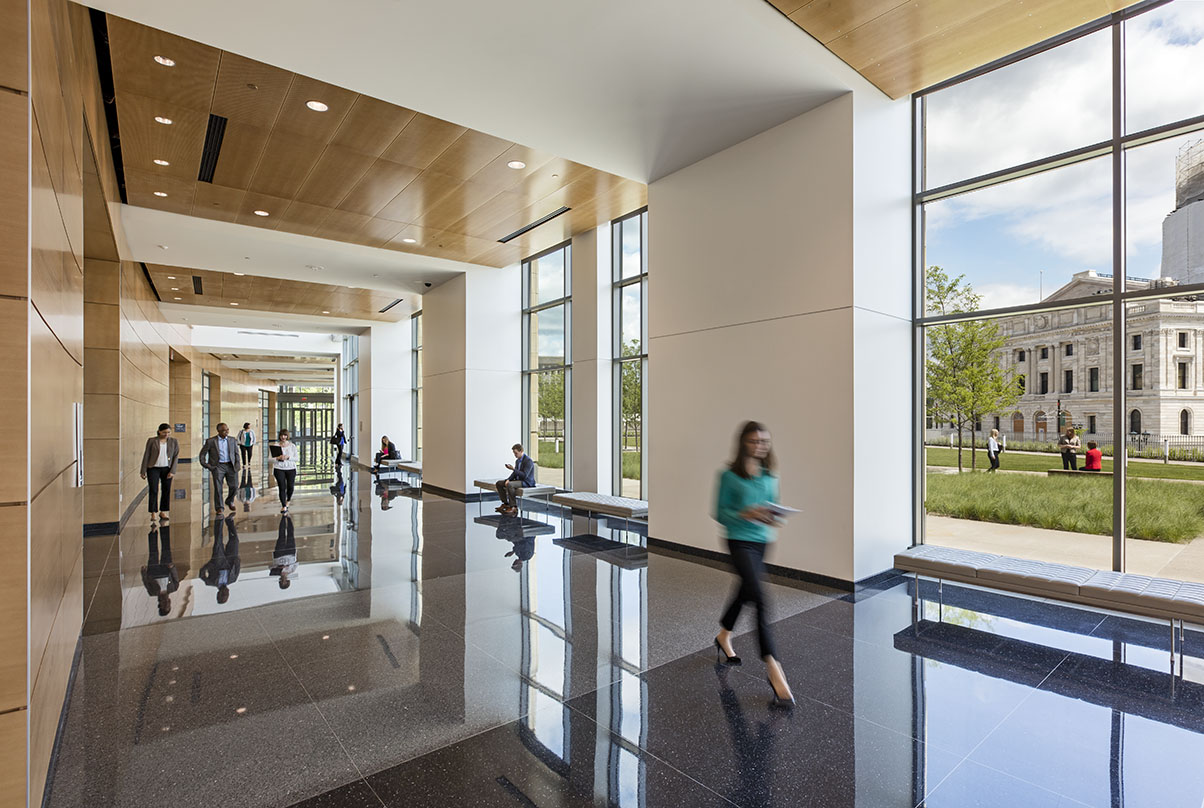 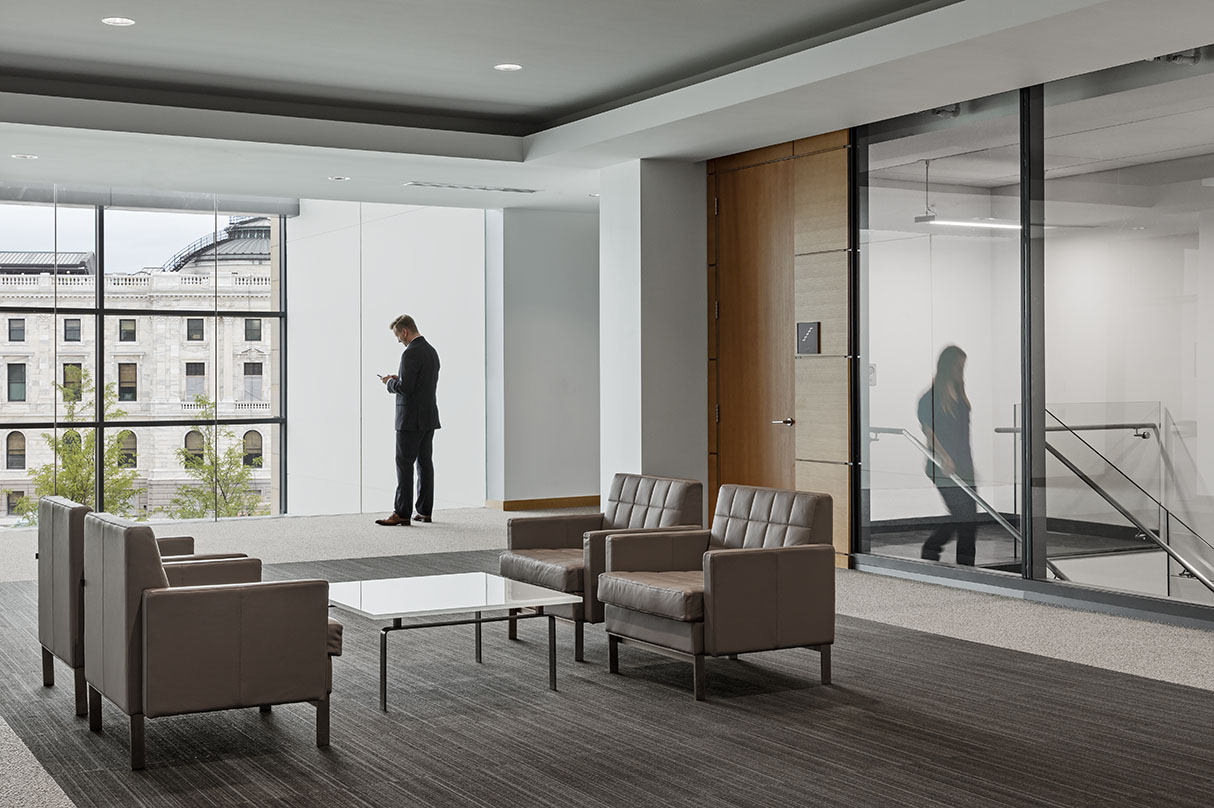 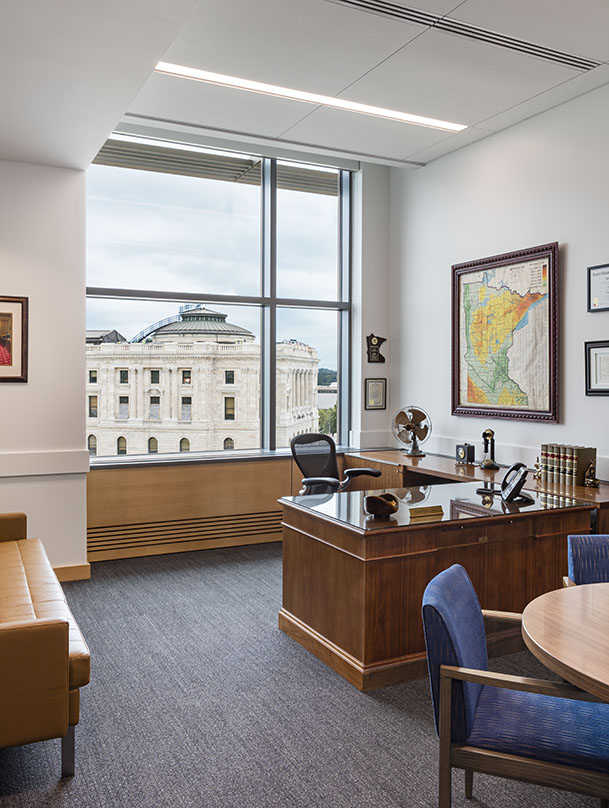 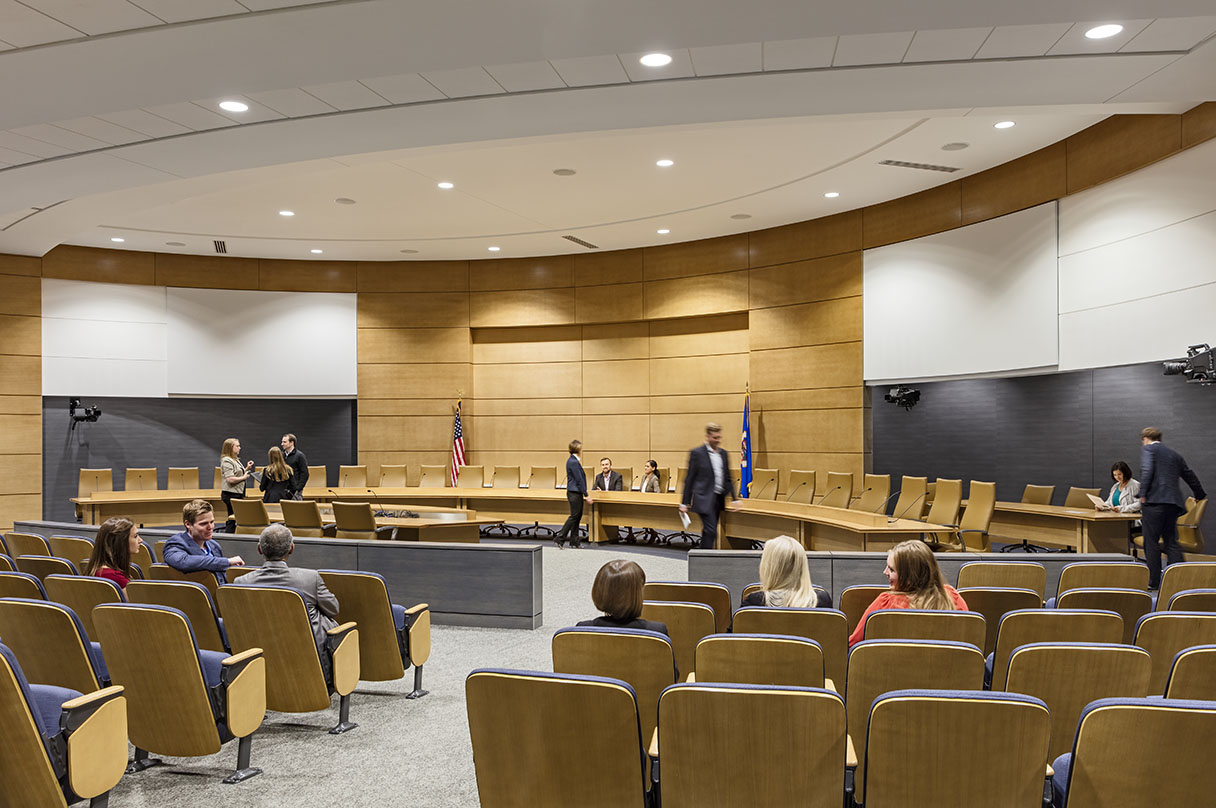 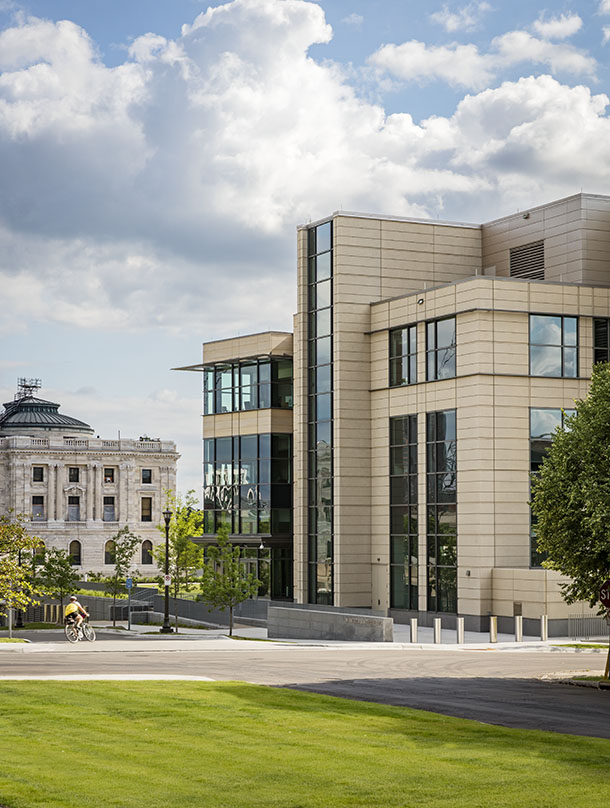 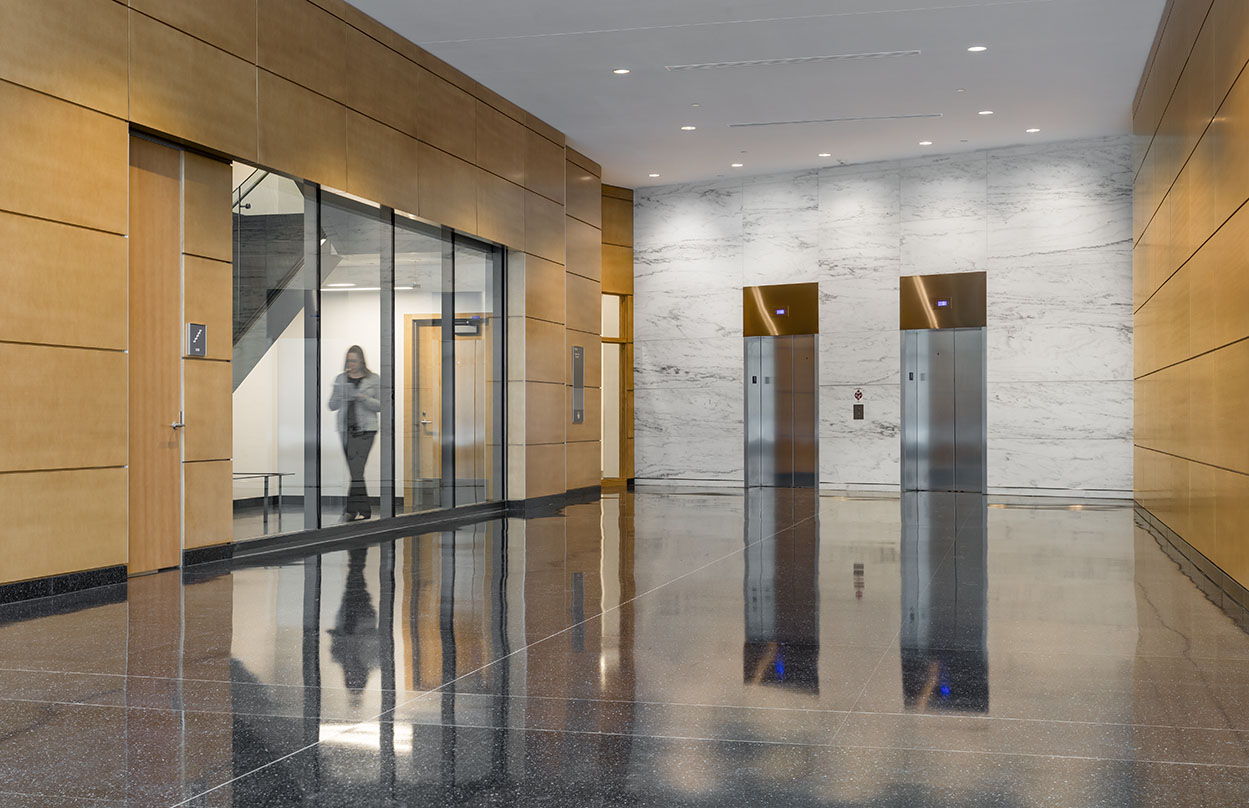 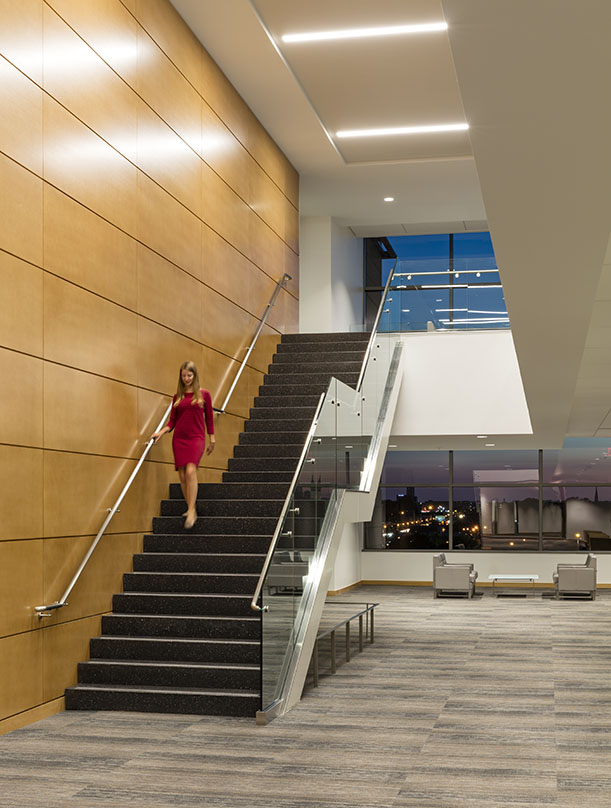 Sited directly northwest of Cass Gilbert’s historic 1905 State Capitol Building, the new Minnesota Senate Building has been designed to respond to Majority Leader Senator Bakks’ vision for “a landmark in its own right, architecturally distinctive and worthy of the twenty-first century.” Its design purposefully facilitates greater interaction and communication with the citizens of Minnesota.

Arcing along the radius of the Capitol’s dome, the building’s massing gently curves to maximize views back to the Capitol. At nearly five-stories with approximately two levels of below-grade parking across its sloped site, the building is considered an extension of the Capitol with offices and support space for state senators and their staff, three large public hearing rooms, and several departments supporting the legislative process. Glass facades along its southern exposure allow for the optimal use of daylight throughout the building to create an enriching, productive workplace.