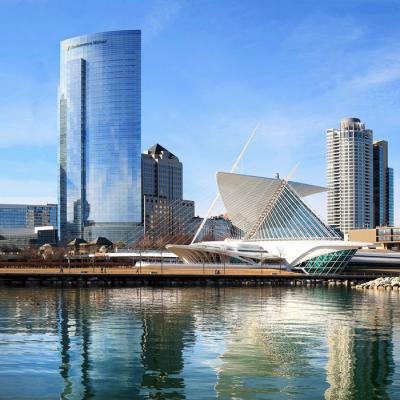 Architecture firm Pickard Chilton was honored with two American Architecture Awards for its design of Northwestern Mutual Tower and Commons in Milwaukee, Wisconsin, and the ATCO corporate campus in Calgary, Alberta.

The American Architecture Awards recognize the best new architecture designed and constructed by American architects and international architects with offices in the United States. Winners were announced by The Chicago Athenaeum: Museum of Architecture and Design and the European Centre for Architecture Art Design and Urban Studies earlier this month and will be honored in October at a reception in Miami.

Read more at RE Journals 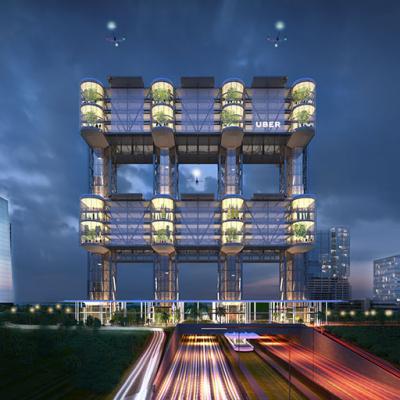 Urban Air Mobility is poised to lift urban transportation into the third dimension in the very near future. Learn more about Uber's Elevate initiative, how aerial ridesharing could complement existing infrastructure, and how the Skyport architecture of the future may look and function.

Pickard Chilton’s Design for Avocet Tower in Bethesda, Md. for Stonebridge Under Construction

Pickard Chilton has started on their design for Avocet Tower, a 530,000 gsf, 250-foot mixed-use development for Stonebridge comprising a hotel and office tower at 7373 Wisconsin Avenue in the Central Business District of Bethesda, Maryland

What do a luxury hotel in Abu Dhabi, the Exxon Mobil Global Campus in Houston, the Wells Fargo Headquarters in Des Moines, and the Uber Sky Tower have in common?

They were all designed by the international architectural firm, Pickard Chilton. The prolific company has designed projects all over the world, including such buildings as Google’s new headquarters in Cambridge, Massachusetts, Norfolk Southern’s new headquarters in Atlanta, and the Global Gateway Shinagawa in Tokyo. On Nyberg, the three firm principals, all originally from the Midwest, talked about the firm’s roots, their projects through the years, and what the future may hold. 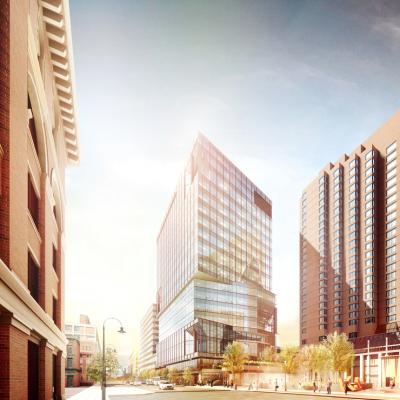 Markese announced his role as a designer of the new Google campus in early June. The building, located at Cambridge’s Kendall Square, will be 16n stories and will contain 417,000 square feet of office space. The project involves demolishing a building at 325 Main St., constructing a new tower in its place, and connecting the new structure to a next-door building Google currently occupies at 355 Main St. 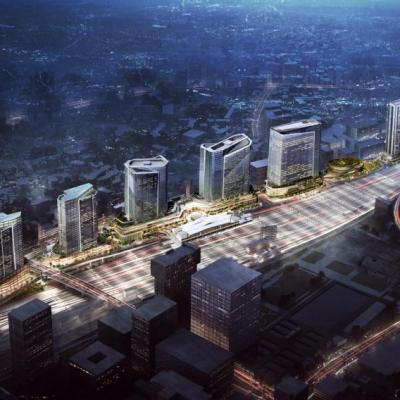 Pickard Chilton announced that it has completed, in collaboration with Kengo Kuma & Associates, the master plan for Global Gateway Shinagawa, a transformative redevelopment of the northern portion of Tokyo's Shinagawa Station and railyard.